Posted on February 8, 2020 by bathwellschap

One or two of the Bishops may be humming that old Elvis song to themselves. You know, the one that goes:

I gave a letter to the postman; he put it in his sack.

Bright and early next morning he brought my letter back!

Yes, the House of Bishop’s much-apologised-for pastoral message about Civil Partnerships will be raising the temperature as General Synod meets from Monday (10 February) to Thursday. It’ll be the subject of much unofficial conversation, anger – and even some prayer – alongside the official agenda

Having now perused my pile of papers (4.5 cm high this time, a whole centimetre higher than last February), I’ll preview the official agenda further down this post. But first I’ll attempt to explain the unofficial stuff, which is largely about the ongoing sore point of human sexuality. So, let’s get that out of the way.

Messed up – and ‘fessed up

In the last two weeks, a huge row has broken out, to the point where the House of Bishops, having issued a statement, have now broken ranks in an unprecedented way: a large number have issued apologies, either for the statement itself, or at least for the way it was presented and the timing. I won’t re-hash the gory details here: there’s an excellent summary from the Church Times team here, or you can get some of the blow-by-blow tale via Thinking Anglicans here.

However, for new readers or those in a hurry, what happened was this (in 7 stages):

How will this play out at Synod?

So, there has been upset about the content of the statement. But the timing is definitely part of the problem, as we will doubtless hear this week. Campaigners for change have been holding their breath for a while, and pinning their hopes on the publication of the LLF materials. So a bald statement of the status quo – just before Synod, and in advance of the Lambeth Conference – was not what they needed.

Synod gives campaigners an opportunity to fire on all cylinders in Question Time on Monday evening. The Questions paper has no less than twenty questions about different aspects of this mess…

You can see the Questions, and the written Answers here. There’ll be other heat-generating moments on the Fringe – and when we have a presentation about the LLF materials  on Tuesday morning.

All this raises a question about the process by which the Bishops’ statement was issued. You could argue that no statement was necessary: there was nothing new in it. But the backtracking by many bishops has shown a real weakness in the House of Bishops’ way of working. Because the statement was dealt with by the ‘Delegation Committee’ (a sub-group of the House that deals with detail and matters for which it is deemed the full House either doesn’t have time, or doesn’t need to look at too closely.

The full House, it seems, passed it on the nod. And behind that little problem is the whole business of who wrote it (presumably a staff member, not one of the bishops themselves) and who authorised its publication in its final form and at such an inopportune time. I anticipate some keen supplementary questioning on both those aspects…

Yes, but what about the rest?

Yes, there is an ordinary normal Synod agenda.

Those who are keen can inspect the whole thing here; or you can download the Synod App from here, which will give you the full running order and access to the papers.

On Monday, as well as Questions: 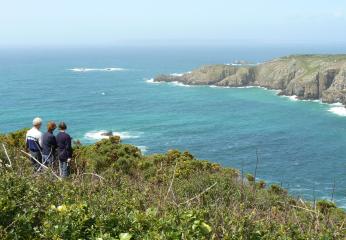 All churches great and small

IICSA: how to respond?

Wednesday offers some more difficult debate, as we consider a motion that looks at the Church of England’s response to IICSA – the Independent Inquiry into Child Sexual Abuse.

IICSA made five specific recommendations about things it thinks the Church of England needs to change. All have been accepted, and the outgoing Lead Bishop for Safeguarding, the Bishop of Bath & Wells, Peter Hancock (disclaimer: he used to be my boss) will explain how each of them is being followed through.

As regular readers know, there is always an element of dissatisfaction and anger about how safeguarding has been handled in the past. There are 16 Questions in for Monday night, covering specific cases as well as the treatment of victims and survivors. Some members who wanted to propose amendments to Wednesday’s main motion, highlighting some issues, have been told they cannot do so, as their amendments are technically out of order. So again, there will be some sharp debate. (The Church Times has details on the failed amendments here.)

We finish Wednesday morning with a motion calling on all parts of the Church to respond to the climate emergency, and set themselves carbon reduction targets.

The Press have had some fun with this: (“Cathedrals to turn off the heating…”), but I expect the debate to be both measured and focussed on what’s achievable. Targets and dates will be set. (Christians involved in Extinction Rebellion have invited Synod members to a vigil outside Church House on Wednesday morning at 8.30.)

By now, you’ll have spotted we have a very varied agenda. Wednesday afternoon includes:

We finish on Thursday morning. The plan is

So it’s not all navel-gazing: there are some serious ecclesiastical and national issues before us.

My computer tells me this is the one-hundredth post on bathwellschap As long as it’s either useful, or fun – and I remain on Synod – I’ll do a few more yet.

* Return to Sender: Big hit for Elvis in 1962, on the back of his film Girls! Girls! Girls! If you don’t know it, it’s a song about a heartbroken man whose ex-girlfriend won’t read his letter. And the letters keep getting returned, unwanted. Might be a lesson here…

You can see Elvis in a full hip-swivelling performance here

5 Responses to Return to Sender *